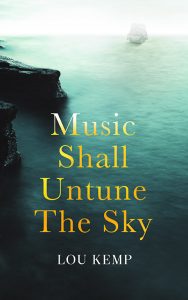 In 1865, the three protagonists set off from Prague on the train the Elizabeth to retrieve Professor Xiau Kang’s wife in Singapore.  The ‘family’ of protagonists encounter adversity and adventure, and Celwyn’s magic becomes the central focus.  Everything is based upon the question, “what if?”

The trip is fraught with unexplained occurrences, murders, magic, and more adventure.  Along the way, the author Jules Verne crashes his hot air balloon next to their train in order to join their entourage.  Once they arrive in Singapore they are attacked, and eventually end up on the Nautilus with Captain Nemo.  It seems that Professor Kang, automat and book lover, is also one of the few experts in the world on the basics of building a flying machine, something very much desired by Nemo.

Months later, after their return to Prague, Celwyn is wounded again and dies just Kang rendezvous with the Nautilus and Captain Nemo.